After months of relatively steady operation, I came to the sobering conclusion that most of my close friends were busy with their own lives, and playing a synchronous session of GO with them, often across international time zones, was an exercise in scheduling prowess that surpasses even the most skilled project manager.

So I began to wonder about playing against an AlphaZero-like AI through my browser.

If I can't play against my friends...

...why not BUILD MY OWN FRIEND?

Thus was born the effort to integrate KataGo, a community implementation of cutting edge Go AI that's gotten a nice little boost thanks to hardware sponsorship from Jane Street.

In fact, you can already play against KataGo online.

That's fine. I like building things on my own -- or in this case, integrating other people's things on my own. So I purchased an NVIDIA Jetson Nano System-on-a-Chip and set about linking it to my existing infrastructure.

The effort proceeded smoothly. Soon I was suffering regular blows to my pride, delivered easily by a 128-core GPU that can subside on a mere 5W of power. NVIDIA's pre-installed CUDA libs made compilation of KataGo relatively easy. Hooking up the tiny SoC in my office to my dirt-cheap AWS t3.micro felt pleasantly conservative. 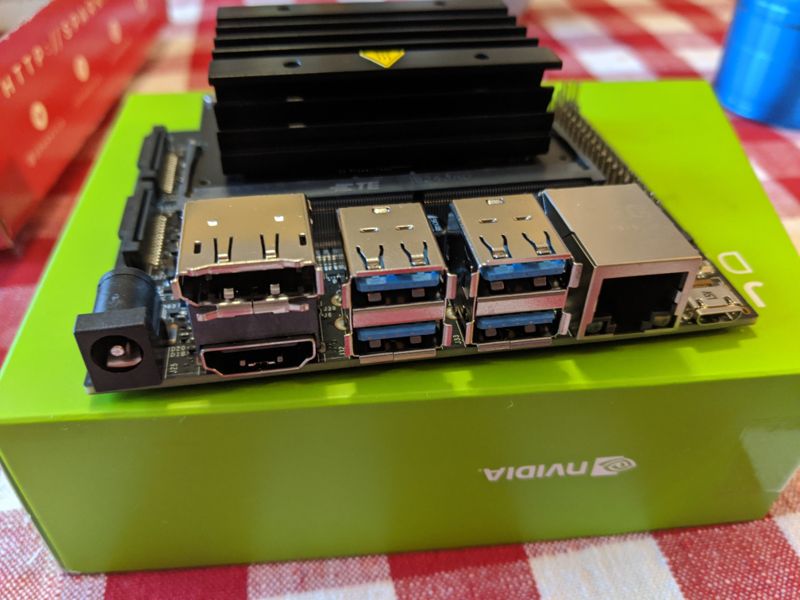